Language “is the formative organ of thought”, declared the linguist Wilhelm von Humboldt in the 19th century. All Lingua-World translations our founded on this one important idea.

Lingua-World’s founder and CEO Nelly Kostadinova has been living this philosophy for over 20 years – her own life story is inextricably connected with Lingua-World’s operating principles.

Lingua-World’s philosophy and company history
Of course we can think without speaking – but we are driven to communicate our thoughts to the outside world, and to that end language is and will always be our most important instrument.

200 Years after Wilhelm von Humboldt, we find ourselves in a time called the Age of Communication: We find ourselves increasingly in dialogue with people whose thoughts are grounded in a language system other than our own.

Speeches for your success
Passion, willpower and charity. These are the three top key words for the Lingua-World CEO Nelly Kostadinova. She has been one of the top 100 public speakers in Germany since 2018, and shares her ideas with a varied audience: people of all ages, entrepreneurs and entrepreneurs-to-be, people with a thirst for MORE. Her story of success has inspired and motivated people across the globe. With her strong charisma, humour and energy, Nelly Kostadinova is perfectly suited to your speaking event.

The journalist Nelly Kostadinova came to Cologne by way of a scholarship grant from the Konrad Adenauer Foun­dation. At that time she didn’t speak a word of German, but her work for “Deutschlandfunk” radio soon changed that. Soon translation work for public authorities and interpreting in court became part of her daily routine: As an expert in English, Russian, Serbo-Croatian and Bulgarian the then 35 year old secured her livelihood in Germany.

She founded the translation office Lingua-World in Cologne- as the subleaser of a lamp seller in the “Belgischen Viertel”, where a great number of agencies and media companies are still located today.

Lingua-World starts trading in Düsseldorf. ⊕ Setup of the first franchise system in the German translating market.

Lingua-World starts trading in Regensburg & Essen. ⊕ Opening the 1st franchise abroad, in Vienna, AT ⊕ Establishment of the first Lingua-World localisation centre ⊕ Lingua-World offers technical translations, interpreting and accreditations for all fields and industries, in all languages and dialects of the world (from Africaans to Zulu). ⊕ The company is certified according to DIN EN ISO 9001:2008 ⊕ The 24-hour service guarantees that the central office in Cologne and its branches can communicate

Opening of the 16th Lingua-World branch in Munich. ⊕ Opening of a computer school in the townships of Soweto.

Opening of the 17th branch – Lingua-World in London, UK

always prepared to assist you with each and every individual problem. 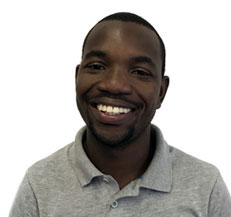 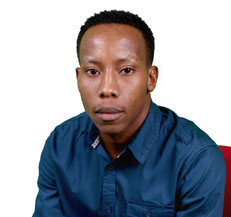